The Tudors are close to the current royal family (Quite Fascinating)

The Tudors are closer then we think to the current royal family.  To be honest, I did not even realize there was a link between the Windsors & the Tudors.  But, after much research by V. Catoggio, an English Literature Teacher, the Tudors are still "around us".  It can be very confusing to follow, but here is how:

A thought that came to mind, it's ironic that Elizabeth I executed MQOS for treason & that currently MQOS descendant is the Queen of England.

In addition, Prince William, Duke of Cambridge (Son of Prince Charles & Princess Diana), will be the first descendant of Charles II. Here is how:
Charles II was Son of Charles I
Charles I was Son of James I
Charles II had no legitimate heirs, therefore his Brother, James II succeeded him.
James II was succeeded by his Daughter Mary II who died childless and left her Sister Anne, Queen of Great Britain.
Anne also died childless.
Therefore, the line of Charles 1 would be extinct, however his Son, Charles II had several illegitimate children.

Quite Fascinating..........
Thank you Mr. Catoggio for your research.  Our site appreciates it very much.

*Wikepedia was very helpful for putting this information altogether *


Posted by Anthony Paradiso at 9:29 PM No comments:

First & most important,  I want to thank all the followers on the The Tudor Dynasty FaceBook Page that voted & contributed to the Tudor Oscars 2013.  I had such a blast doing this and according to the responses, others did too.  The below provides how many followers voted for each category, some information about the nominees, and of course, my opinion!  Enjoy.....

The nominations were Anne of Thousand Days, Elizabeth (the first movie with Cate Blanchett), Elizabeth I (with Helen Mirren), A Man for All Seasons, The Six Wives of Henry VIII, Elizabeth R, Anonymous, The Other Boleyn Girl, Lady Jane, & The Virgin Queen.

At a very close second, was was Elizabeth with Cate Blanchett.  Elizabeth made its debut in 1998.  It won a BAFTA award (British Academy of Film & Television Arts) for best motion picture and was nominated for an academy award.

Other movies that had quite a few votes were, A Man for All Seasons (made its debut in 1966).  A Man for All Seasons won an academy award for best picture & a BAFTA award for Best British Film.  The Six Wives of Henry VIII aired in 1970 and was nominated for an Emmy, Outstanding Drama Series.  Elizabeth I with Helen Mirren came out in 2005 and won an Emmy for Outstanding Miniseries and a Golden Globe for best television miniseries.  Elizabeth R aired in 1971 and won an Emmy for Outstanding Series.

I was very pleased to see a movie from 1969, Anne of Thousand Days, win this category.  In fact, I was surprised that Elizabeth with Cate Blanchett did not win.  It comes to show you that older movies are still very well respected and highly watched.  Most of these movies were great, some not so much.  One movie that I find very underrated is, The Virgin Queen with Anne-Marie Duff.  The Virgin Queen was a wonderful version of Elizabeth's life from beginning to end.

Keith Mitchell won an Emmy for best actor in a miniseries or movie & a BAFTA award for best actor.
Robert Shaw was nominated for a Golden Globe & an Academy Award, for best supporting actor.

I have not seen Sid James or Ray Winstone as Henry VIII, so please keep that in mind.  In my own personal view, I believe Keith Mitchell played Henry VIII to the tea.

Best Actress that played Elizabeth I:

67 Facebook followers voted for this category.  Cate Blanchett won by a large margin.  Ms. Blanchett won a BAFTA & a Golden Globe for Best Actress & nominated for an Academy Award, for her role as Elizabeth I.

Anne-Marie Duff was nominated for a BAFTA award for her role as Elizabeth I.

As I stated above, Anne-Marie Duff in The Virgin Queen is very underrated and I recommend Tudor lovers to watch that film.  Most of the actresses/actors from the above that played Elizabeth I did a phenomenal job.

69 Facebook followers voted for this category.  Natalie Dormer won by a very large margin.  The closest nominee was Genevieve Bujold who won best actress for a Golden Globe for her performance as Anne Boleyn in Anne of the Thousand Days.

I hope you enjoyed both Tudor Oscar posts!

Posted by Anthony Paradiso at 7:35 PM No comments: 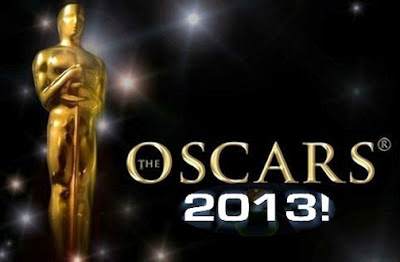 Since "The Oscars" were on 2/24/13, I decided to have The Tudor Dynasty FaceBook Page vote for the categories (categories are below); Hence, THE TUDOR OSCARS 2013. 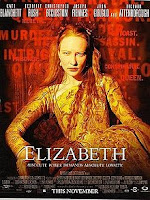 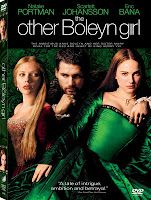 Best Actress That Played Elizabeth I:

I will provide my personal feedback about the above within the next week or so.  Also, if I come up with other categories, I will post it.  I want to thank my Facebook Page for their participation, MUCH APPRECIATED!!! Hope you all enjoyed.