I will not be blogging on this site for at least two weeks as I will be heavily continuing to read the following two books below.  While I will not be blogging for a few weeks, there are about a 100 blogs written since October 2011 that can be easily viewed (view right column).  In addition, the above 7 sections can be viewed.  I will continue, though not as often, to be posting on the Facebook page for the next two weeks.  The FB link is http://www.facebook.com/thetudorspage (The Tudor Dynasty).  I will be back before you know it.  However, if it goes beyond 2 weeks, I will keep all posted.  Enjoy the site and have a great Holiday!

Posted by Anthony Paradiso at 11:21 PM No comments:

On 3/24/1603, Queen Elizabeth I passed away.  My passion for the Tudors runs deep within my veins and it all started with Elizabeth I.  2012 marks Elizabeth's 409th anniversary since her death. This weekend, I am dedicating this Site, as well as my FB page & Twitter page to Elizabeth I.  Long live the Queen. RIP Elizabeth I.

Below are quotes, pictures, movie/documentary captions, etc. in Honor of Queen Elizabeth I...

"Though after my death you may have many stepdames, yet shall you never have a more natural mother unto you all." (Elizabeth I)

"You may have many a wiser prince sitting in this seat, but you never have had, or shall have, any who loves you better." (Elizabeth I)


*Other links that might be of interest to you about Elizabeth I
http://englishhistory.net/tudor/eliz1-writings.html
http://www.elizabethi.org/us/quotes/
http://www.luminarium.org/renlit/elizabib.htm


Posted by Anthony Paradiso at 2:49 AM 2 comments:

The following was a question that was raised by a follower on my FB page, http://www.facebook.com/thetudorspage AKA: The Tudor Dynasty (received 18 great responses):
When Anne was at the chopping block, should her speech been the graceful one that it was or should she have blasted everyone for how wrong they were?
My Answer:
The speech should have been graceful.  Yes, Anne Boleyn was falsely accused and wrongly executed. However, nothing was going to stop this execution. She had to provide a graceful speech for her daughter, Elizabeth. Anne Boleyn knew that Elizabeth was going to have a hard time, first not having her Mother and second, knowing that she was going to be called a "bastard" as the marriage with Anne would be annulled. The graceful way to exit this world to another and to help your child's future was the way Anne Boleyn conducted herself.


What are your thoughts about this subject?


*the below is from the site http://englishhistory.net/tudor/prianne3.html

Posted by Anthony Paradiso at 11:04 PM No comments:

I've updated some sections of this site, among other items (bullet point format):
There have been 99 posts added to this site since the end of October 2011, so as always, feel free to check them out and comment if you want.  Also, remember to check out my Facebook page.  One other reminder, I have a Tudors Youtube page with about a dozen movies/documentaries, http://www.youtube.com/user/TudorWorld.

More posts to follow this week.  Have a good week Tudor Fans!!!
Posted by Anthony Paradiso at 7:42 PM 3 comments:

Tribute to the "The Tudors" Series!

"The Tudors" Series aired on Showtime and lasted for 4 Seasons (2007-2010).  I followed the series while it was on Showtime to the tea.  Yes, there were inaccuracies, but overall it was a great series.  Then, recently, BBC America ran weekly episodes.  BBC America aired all 4 seasons, with the Series Finale on 3/14/12.  I blogged about the Series on BBC America weekly since the beginning of December 2011 (check the blogs out).  "The Tudors" all seasons can be purchased on DVD or viewed on Netflix.


A TRIBUTE TO "THE TUDORS SERIES"


"You think you know a story, but you only know how it ends.  To get to the heart of a story, you have to go back to the beginning..."

Posted by Anthony Paradiso at 12:00 PM No comments:

This Spanish Infanta, born on 15-16 of December 1485 , was the daughter of King Ferdinand and Queen Isabella who were famous for funding Christopher Columbus' expeditions.  In an effort to establish congenial ties and resistance against the French, and after many months of negotiations, Katherine was promised to King Henry VII's son Arthur at the age of two.  From a very young age she had been brought up knowing that she would one day be Queen of England.
Using a proxy in Katherine's place, the couple was formally betrothed in August of 1497, Katherine was twelve.  However, it wasn't until October 2nd 1500 when Katherine finally arrived in England, by then Arthur was fourteen years old and Katherine just fifteen.  Arthur was immediately taken with his new bride, she had glorious hip length reddish-golden hair and beautiful blue eyes.  Unfortunately Arthur died shortly thereafter, never consummating the marriage due to his weak constitution.
Not knowing what to do with Katherine, King Henry VII decided it was best for her to marry his new heir Henry, six years Katherine's junior.  This match would not only keep peace between England and Spain, but would also guarantee further payments of Catherine's dowry, which was quite substantial.  Once again negotiations began, and after four years were finally agreed upon.  It was a difficult time for Katherine who was living under the King's miserly and humiliating conditions.
At one point during the negotiations, and shortly after the death of Elizabeth King Henry's wife, it was suggested by Spain's second ambassador to England, Dr De Puebla, that the king should marry Katherine.  Isabella and Ferdinand were very much against this match, realizing that all this marriage would have to offer was a short stint as queen and a long reign of widowhood.  The marriage between Henry Prince of York and Katherine eventually manifested on June 25th 1503.  It was a marriage of chivalry, love and mutual respect.
Katherine miscarried numerous times yet could not produce a male heir.  They did, however, have one surviving child Mary, who took her rightful place as Queen soon after the "Nine-Days Queen," Lady Jane Grey, was beheaded.  The people of England did not appreciate being ruled by a female, thus the need for a male child was extremely important for Henry.
After meeting the coy Anne Boleyn, Henry soon wanted a divorce.  Henry was by then forty-two years old and the need for a son was urgent; it was obvious to Henry and the nation that Katherine was unable to produce an heir.  Henry, being newly in love, was determined to divorce Katherine but the Catholic Church, not wanting to offend Katherine's nephew Charles V (Holy Roman Emperor,) would not grant it.
Although Henry tried to claim that his marriage to Katherine was unlawful in the eyes of God since he married his brother's widow, but the Church would not consent.  Katherine was very much against the divorce, not only because of her pious Catholic upbringing, but also because Mary would lose her place as heir to the throne.  Her obstinancy with regards to the divorce unintentionally brought about the Reformation of England.
After six years of waiting in vain, and keeping his pregnant mistress Anne on a string, Henry took matters into his own hands by breaking ties with the Catholic Church and assigned himself as Head of the Church of England.  To say the least, England made many enemies with this bold and daring move; Henry almost brought his island nation to war because of his actions.
Katherine, in the meantime, fought tooth and nail against the divorce even beseeching her husband on her knees in front of a packed courtroom.  Her bemoaning fell on deaf ears for Henry was determined to divorce his virtous wife.  Although she was a woman of strong principles and high morals, Katherine was also very tenacious in her divorce battle, even going so far as ignoring repeated citations that she appear in court.
Eventually the annulment was granted in the eyes of England.  Katherine was no longer considered the Queen of England, but was to be known as the Princess Dowager.  She was thereafter consigned to broken down and damp castles living in virtual povery.  She was also forbidden to communicate with her husband and granted visitation with Mary on occassion.  Throughout the years Katherine not only swore that she was a virgin when she married Henry, but that she was his one true wife.
Katherine died on January 7th 1536, shortly after her 50th birthday, the epitome of her personal motto:  "Humble and Loyal."

Series Finale of "The Tudors" on BBC America

Recap of "The Tudors" Season 4 Episode 10 (Series Finale)In the Series Finale, Henry defeats one final political foe but faces mortality and the ghosts of his former queens, who appear for a final confrontation. 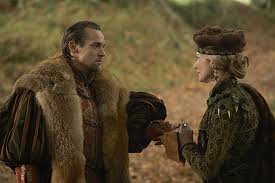 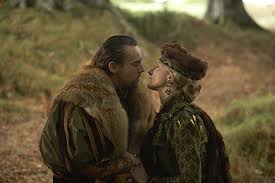 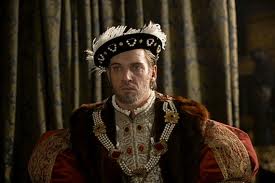 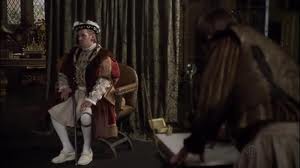 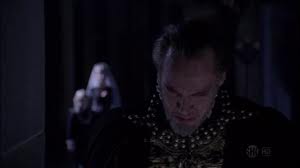 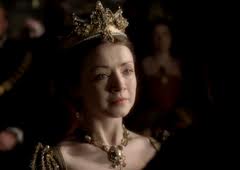 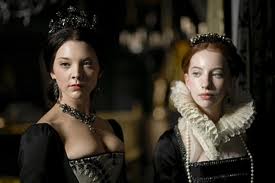 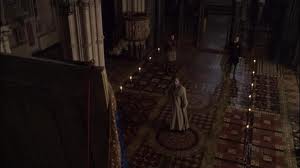 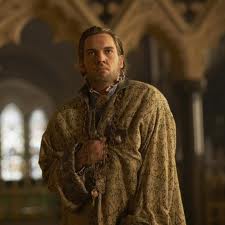 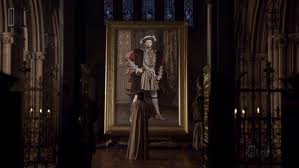 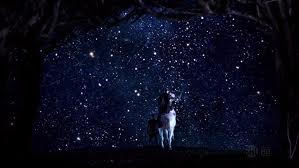 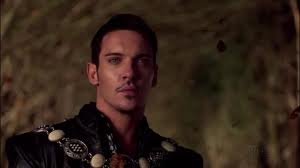